Brenda had been in an abusive relationship from the time when she was a teenager, and she was convinced that she could not support her children without her husband. 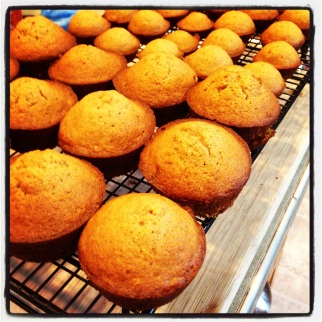 She had no self-esteem and no job skills: the only gift she felt she had was baking, and that was what enabled her, in her words, to “keep her sanity”–she confided that it gave her something to do to take her mind off of her “unhappy life.” Just in her mid-30s, Brenda certainly had her hands full with five children: Waylon (age 14), Twyla (age 12), Sissey (age 10), and twins Orley & Oscar (age 8). She was referred to work with me through our Intensive In-Home program, which is one of Bridges of Hope’s Family Support Services.

Brenda told me that the way she justified staying in the relationship was by knowing that Tom had never hit the children–only her. She reasoned that she could take it, as long as he did not hurt the children. But then one day Tom came home from work, extremely angry, and everyone knew to stay away from him. When Brenda put the dinner on the table, Tom threw it on the floor and raised his hand to hit her. Waylon grabbed Tom’s arm and said that he would not allow Tom to hurt his mom anymore. That night Waylon got a beating.

The next day the children did not come home on the bus after school, and a social worker came by the house and said that the children would not be returning home (they had been placed in foster care for their safety).

This was the turning point for Brenda. She knew she could not continue living this kind of life, so she left Tom and went to a local women’s shelter, where she stayed for a few months. During that time, the shelter staff helped her understand the nature of abuse and gave her the support she needed not to go back to the abusive situation.

That’s when Brenda was connected with Bridges of Hope. The goal of our work together was to help her with parenting and resources to get her on her feet and enable her kids to return. I was able to connect Brenda to Lutheran Social Service’s HOPE Housing program, and she was able to find income-based housing within about three months. I also connected her with the Workforce Center, and with their help, Brenda found a full-time-seasonal job at a nearby resort as a baker’s assistant–but by the end of the summer she had been promoted and hired year-round! We also got Brenda connected with a counselor for herself and her family at Northern Pines Mental Health Center.

Within about four months, Brenda and her children were able to be reunited, and she began implementing the Love and Logic parenting techniques that she had worked on with me during our in-home work together. The best part was that Brenda had worked so hard, had gained many skills along the way, and now felt confident that she would be able to raise her children on her own.

Today, Brenda feels that her life is finally her own, and she wants to “pay it forward,” aspiring to someday open her own business and help train women who do not have the skills (or who feel like they don’t have the skills) to make it on their own.

You Can “Pay it Forward,” Too

Find a Moment that Speaks to You